In April 2019, as part of our colleague, artist Jeanette Doyle’s, wonderful current exhibition ‘From A to Z & Back Again’  @ac.institute , in New York, the Aesthetics Group performed a new piece of work From A to Z and Back Again which was a response to Doyle’s work. The work continues the groups research which interrogates the aesthetics of language and politics in the digital age. By responding to Doyle’s  set of treated digital prints, which referenced each letter of the alphabet, the performance offered a playful critique of the contested nature of words and their constituents. It attempts to play between the relation of  the immaterial and the de-materialized nature of words and image, their analogue and digital registers. 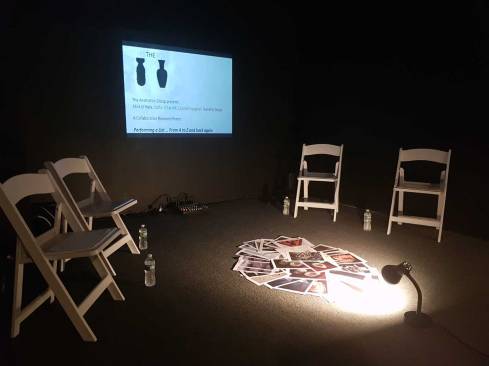 The Aesthetics Group performing ‘From A to Z and Back Again,

The Aesthetics Group presented a paper titled: “A Post-Digital Aesthetics of the Inhuman Gaze: Reflections on I See Birds Flying Over the White House” at The Inhuman Gaze Conference at the Centre Culturel Irlandais, Paris, in June 2018. The conference was three-day multi-disciplinary international conference spanning the disciplines of philosophy, cognitive neuroscience, psychiatry, psychology, sociology and aesthetics. The conference theme, took as it’s point of departure, a quote from Merleau-Ponty where he posits the othering of the gaze and warns against the negation of empathy and affective responsiveness to the other through the gaze.

The conference, through its multi-disciplinary format, provided an opportunity for the Aesthetics Group to reflect upon on our recent performance at the Research Pavilion in the context of 57th Venice Biennale (2017).  At the event The Aesthetics Group performed a research poem in response to New York based artist Michael Bell Smith’s Birds Over the White House (2006) .

The presentation of the paper included a short video documentation of the performance in Venice which prefaced the presentation. The text, which was collaboratively written, was presented by three voices and was backgrounded by Bell Smith’s artwork. This opened a new mediated space for the audience at the conference, to experience the performance, the artwork and the text which reflexively operated across these different registers. 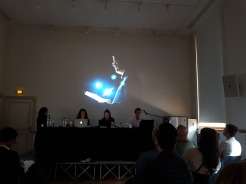 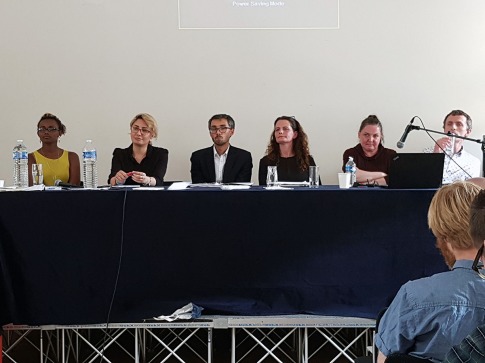 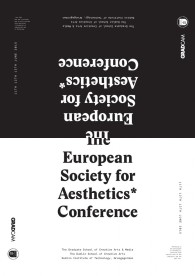 Please see a copy of our paper in the ESA Conference Proceedings 2015 : http://www.eurosa.org/volumes/7/ESA-Proc-7-2015-Aesthetics-Group.pdf

In December of 2013 we conducted an interview with French philosopher Bernard Stiegler as part of a conference organised through GradCAM. Stiegler’s work examines themes such as technology, time, individuation and politics  in our society.  We responded to this interview by publishing an article In Response to Bernard Stiegler: A Pharmacological  Avant-Garde, which addressed the different modalities of the avant-garde that Stiegler proposes in his work.